I originally wrote this blog 2 years ago, reflecting on my bungy jumping experience 14 years before that! Reflecting back now it’s amazing to see how far I have come in two years. When choosing the title for this blog post all that time (& not so long) ago I never would have guessed that I would end up with a business called Oodles of Freedom, funny how things turn out! I’m still at the freefall stage with all the associated fears and doubts, however, progress has been made and I am getting so much better at enjoying the ride!

It was New Years Eve 2001 and little me and a bunch of friends had gone to check out The Nevis Bungy jump, just as any self-respecting teenager should do when on a gap year in New Zealand! On this occasion I was just going to spectate, I’d already done a bungee jump a few months earlier in Taupo and my gap year funds were disappearing rapidly.

At The Nevis the fear begins before you are even in the gondola. Jumpers take their leap from a glass gondola suspended in the Nevis River valley with what looks like the tiny trickle of a stream far below, but is actually a credible river. The gondola has a glass floor, pumping music and a palpable air of excitement due to the motivations of the people who have shown up there.

Jumpers are called according to their weight, heaviest first, continuing through to the lightest. As each person does their jump and comes back up smiling and buzzing the anticipation and trepidation of those waiting to jump increases.

As I watched jumper after jumper have their go the atmosphere caught up with me and I realised that I wanted to play too. As the sessions for that day, and that year, were drawing to a close a quick decision was called for and so I decided that yes I did want to do this. Immediately the sense of fear hit me.

A long way down!

After what felt like a ridiculously short wait my name was called and I was sat down in the director’s chair whilst the fat rubber rope was attached to my feet before making the slow shuffle from the chair to the edge of the gondola. “Oh wow” I said as I gazed out at the beautiful view across the valley to the hills and trees on the other side (of course it was beautiful, it’s New Zealand!). Shuffling up to the edge, I was focusing on not looking down but found myself unable to resist a peek anyway, it was a long way down! 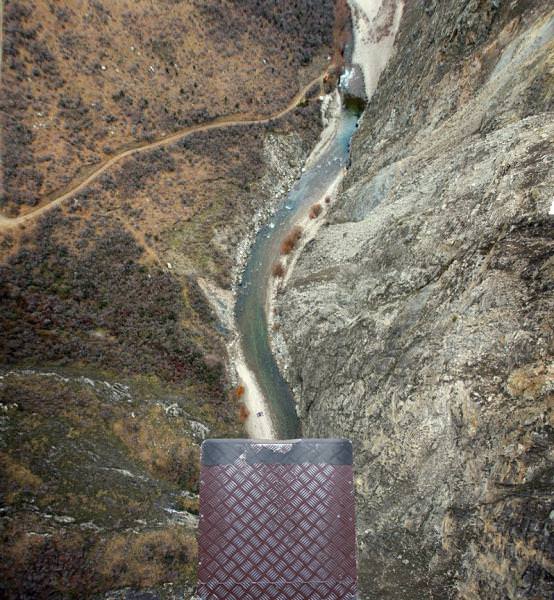 A long way down!

I took a deep breath, wrestled with the thoughts in my mind and then uttered them aloud to Mr Bungy, “I can’t do this” I said oh so quietly. Maybe he was a motivational coach, well versed in assessing each wannabee jumper and knowing the exact right thing to say to encourage them, or a psychiatrist with a PhD in persuasion but I suspect he was just a guy with an unusual job who said something similar most days. However, there was nothing that could have been more effective to me then his reply “so what… you’re not even going to try?” With that I was gone, leaning headfirst over the edge until gravity took over. So quickly that Mr Bungy barely knew what had just happened!

A different kind of bungy jump

Now 14 years later my older and wiser(?!) self is stood with my toes curled over the edge of a bigger bungy jump. Not a physical one (this time!) but a mental and an emotional one as I step away from the security of a monthly salary and a 9-5 (ish) job to the unknown. With a semi-formed plan to do my own thing and the luxury of a bit of time to discover and act on my dreams and ambitions.

So it’s time: not to bungy but to set out on life’s next big adventure; 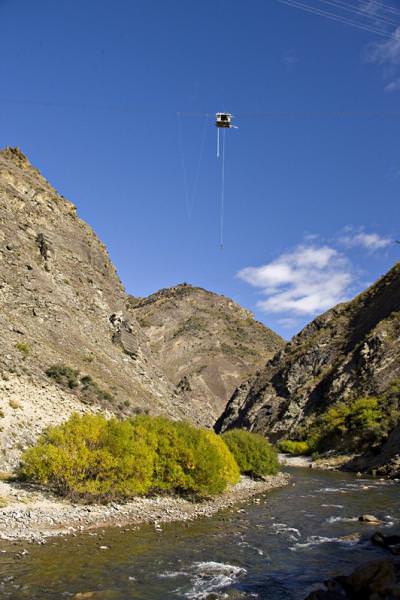 The Nevis Bungy has around 8 seconds of free fall. Mine was longer as the length of the rope was still adjusted to the weight of the last jumper, a tiny Chinese lady who must have been a good 20kg lighter than me! In those 8+ seconds I was so utterly scared I wasn’t able to make a sound, I wondered what on earth I was doing and even started to question if I was going to feel the tug of the bungy at all. And it felt a hell of a lot longer than 8 seconds!

Who knows how long the freefall in my “doing something different” will last. But I suspect the feelings of fear and self-doubt will at times be deafening as I wonder how long it will be until I feel secure in my work again. But hopefully, they will be happily tempered with the excitement and anticipation of future possibilities.

Already jumped, thinking of jumping or just here to spectate? Please share in the comments or get in to touch to let me know how you are getting on. I haven’t got it all worked out yet but I will be continue to share my progress in future blogs so keep an eye out for that.